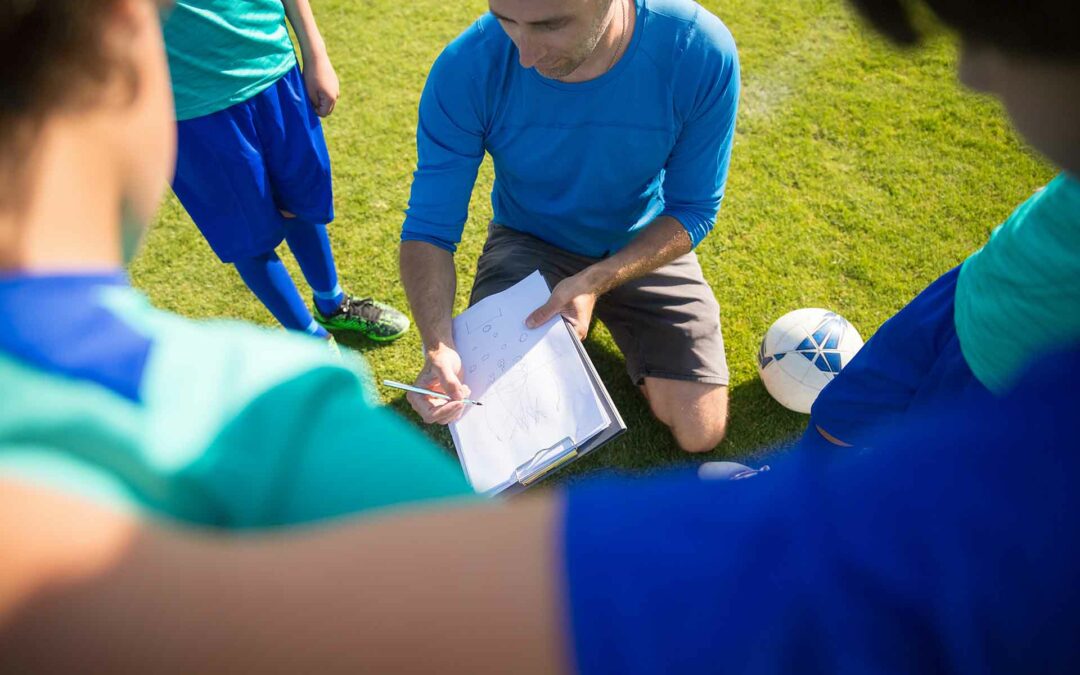 All the preparation is done, the first competitive/regular season game is tomorrow or the day after. Your team is entering the main competitive phase, it is what the game is all about – playing it. I haven’t stressed the point of setting a competitive season goal for your team yet. That is because most coaches start with the goal of winning the championship, or qualifying for promotion. In recreational situations no standings may be published, but our competitive nature still wants to win. Once you work with the team, perhaps having played exhibition games, scouted the opposition, or maybe just had one practice, you will have a better idea of how your team fits in its competitive environment. Whatever goal you may have had at the beginning, now is a good time for a reality check and come up with a goal that is realistic and attainable. Below are some examples based on the environment you’re in and the knowledge you have:

Feel free to pick any of the above or add your own. Then let the team know, and parents if appropriate, what you think the goals are.

Having set the goals before the first game. the main objective of the competitive phase simply is:

The specific deliverables at the end of the competitive phase are:

What to do with all the information will be reviewed in the next article on the tapering phase.

In the competitive phase the practice volume (frequency) drops to low, but the intensity stays high. Players need recovery time between games (if they played the whole game) and practices must be scheduled accordingly. You have a different strategy for players that see little or no game action. Their practice frequency can stay elevated and separate sessions can be scheduled for them.

There are various schools of thought on how to structure practices inside the competitive season. The two most popular ones are:

I leave it to you to think about the pros and cons of these main approaches. What I suggest is a combination of the two. Assess the team and player performance against what you expected. Analyse the game and note what went well and what went poorly. Design the next practice on items that appear on both lists:

For example, if your game strategy was to switch play a lot to unbalance the opposing defense, and you observed that you hardly switched at all, figure out why not. Did your team forget? Did they try but the opponents didn’t give enough time to execute? Did your team execute but the final pass went to the opponent? Each of those scenarios may lead to a different next practice focus.

I do recommend to incorporate the four pillars (technical, tactical, fitness, mental) into each practice, however, the amount of time you spend on each varies based on the main focus of the session.

The length of this phase also depends on the circumstance of the team. For university/college teams this might be two months, a bit longer if play-offs are involved. High School seasons in northern climates can be as short as four weeks with up to three games per week. That makes scheduling practices and taking any corrective action difficult. Some creative ways are to have a mini practice before the next game (modified warm-up), have chalk board sessions with walk through tactical drills, etc. For recreational teams this phase is typically 3-4 months with a game per week. This actually offers the opportunity for more than one practice a week to really develop the players. For competitive or professional teams this phase can be as long as 6-10 months.